As most of you know, the Daily Post is shutting down. I will miss the weekly photo prompts and community I found therein. For the final edition, we’ve been encouraged to share our all-time favourite photo. Here’s mine:

The fairy’s graceful lines and colourful foliage are famous throughout the province. If you whisper, you can ask her anything you like, but be warned: any disrespect and she’ll turn the creek against you. She is no stranger to cruelty and prejudice. She bears her scars. Young folk of marginalized sexualities can call on her for help and kinship. She turns none away.

I’ll admit it, I was a terrible assistant. The wizard I worked for never received his messages. The coffee, if fresh, was instant. Ants on the sugar bowl, you get the picture. He hated instant coffee. Had a phobia of ants. Loved getting messages, said they made him feel less alone.

He might have done better with an actual person, rather than an old binder clip he infused with the first soul who floated past. Thanks for that, wizard. You bastard.

Few years back he up and died. Just keeled over mid-spell, so here I am, stuck living in this damn clip for all eternity, bored out of my mind. His kids tossed me in a junk pile with all his other crap. I mean, the view is better, but turns out rust itches like the dickens as it chews away at you. I’d crumble if someone tried to open me now, shove a sheet of paper in my maw. I’d stain it cruddy orange as crumbles of my corroding body skittered to their feet. 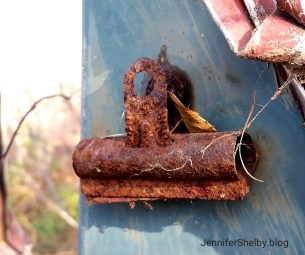 Not sure I deserve this. Not sure I deserved being trapped inside a clip to begin with. What the heck was he thinking? “I’m lonely and have a fetish for sentient binder clips?” I suppose I had some odd collections myself back in my human days. I liked to save the third metatarsal of all the little fairies I chopped up and threw into my stew.

I was famous for my stew. Set up a cannery and made a fortune. “Fairy stew puts a twinkle in you” remember that song? Your grandma might. That was me! Course I got blamed when the fairy population crashed. Darn things were so small it took three to stuff a can. Did my customers ever twinkle, though. Those were the days.

I know what you’re thinking. Did ol’ Wizard McGizzard trap me here as punishment? I doubt it. He was just a geezer without any gumption left for that sort of thing. He got lucky. I didn’t. Soon, though. This old body’s getting over-weathered. Soon it’ll be nothing more than dust. Then I’ll be free. I think. I hope. I guess I could end up spread out between a zillion cells, this one this memory, that one another, scattered to bits when the wind picks up. Maybe you’ll inhale me one day. Wouldn’t that be grand, now.

Well. Enough about me. What brings you here?

No one likes to see a fairy cry, but that doesn’t mean they don’t need to sometimes.

Everyone has a spot, a place they can go to be alone and think things through. Some spots are more elaborate than others, some are places found on foot or through meditation, and some of them have to be flown to.

Hers was a balcony of shelf mushrooms, hidden high on a sapling in a thicket of shadows.

She climbed into the boughs of the tree, her heart hammering with each gust of  wind. “Don’t look down,” she said to herself, but she didn’t have to look to know how far away the ground must be. “I can do this.”

In time she reached the highest branch. She mustered the dregs of her courage and pointed her wand to the sky, whispering the words she’d been practicing for months.

At first nothing happened. The girl clenched her eyes closed and concentrated, whispering the words again.

One by one the stars came out and peered down at her. She opened her eyes and smiled when she saw them. With another flick of her wands, she drew the moon up from the horizon.

The night creatures breathed a sigh of relief, for a moonrise fairy had come at last.

The leaf fairy looked around. “Grey castle? Sort of gloomy and made of rocks?”

“You’re heading in the right direction. Keep traveling east through the ogre-infested thicket, then take a left at the river. You might want to write this down.”

The traveler dug out a notebook and pencil.

“The river’s full of sirens, so plug your ears and don’t try to swim across. A few hours walk to your left and you’ll come to a bridge. The bridge troll is reasonable, he’ll let you cross for a handful of moldy berries or a few spoiled apples. Chances are you’ll come across some along the river,” said the leaf fairy.

The traveler scribbled all of this down.

“Once you’re across you’ll come to a fork in the road. Keep right, the left will lead you into a legion of imps and you don’t want that. The right will take you over the Shifting Mountain. Mind the shifting, it feels like an earthquake, but it’s not. The mountain’s a sleeping giant, and he’s a bit ticklish, so when you walk over him he chuckles in his sleep.”

“Does he ever wake up?” asked the traveler.

The leaf fairy shrugged. “Hasn’t for years, you should be fine. Anyway, once you’re over the mountain, you’ve got to turn around and look for a cave. It opens up into an immense cavern and there’s your castle. The giant fell asleep snuggled up to it so it’s a bit tricky to find. Do you have a flashlight or a lantern or anything?”

The traveler shook his head.

“Hmmm. Might be wise to get one at the gift shop in the ogre-infested thicket, though their prices are terrible. Let’s see, I think I’ve got a candle and some matches around here somewhere. Better than nothing, right?” The fairy scurried around a moment before handing them over.

The traveler put them in his pocket.

“Well, then, I best be going. Lots to do before winter!” said the fairy, and flitted off.

The traveler stared at the directions he’d just written down and adjusted his backpack. His gap year was proving more exciting than he’d anticipated. He knew he’d made the right choice coming here instead of backpacking around Europe.

The family got Shadow from the SPCA. She seemed like a fine dog for a young and growing family, barking at squirrels, night noises, and investigating scurrying sounds in the woods. Accompanying the children as they played in the forest proved to be her favorite job as family dog.

Little did any of the family members know their shelter dog’s first owner had been a poacher of the worst kind. The kind who hunted mythical beasts by using his dog to sniff them out in their houses. Once caught, he sold the poor creatures to the highest bidder. His career ended when he tried catch a fairy-goblin hybrid (also known as a fairlyn) and she used her hybrid magic to turn him into a mosquito. Rumor has it he was swatted years ago.

The fairlyn considered Shadow to be innocent of any crimes, and dropped her off at the SPCA for safekeeping. Just the same, Shadow’s early training stayed with her all her life.

The children regaled their parents with tales of the goblin feasts and weddings they crashed thanks to Shadow, the fairies she rooted out to show them, and the boggarts that rode clinging to her collar as she charged through the woods. Their parents gave indulgent smiles at their children’s imaginative tales and wondered if they weren’t spending too much time in the woods.

It is a testament to their own lack of imagination that it never once occurred to them the stories might be true.

“They say that if hornets build their nest high, the snow will be high the coming winter,” said the man.

“How do you suppose the hornets know? Do they visit a fortune-teller?” asked his son.

“Does the snow fairy give them inside information?” asked his daughter. “That doesn’t seem fair.”

“Are they time-travelers?” asked his son’s friend.

“Is it possible unicorns use their horns to pierce hornets’ nests so they can protect children?” asked his daughter’s friend. “It might explain why they’re called horn-ets.”

The man stared at the nest and gave his head a small shake. He should have known better than to start a conversation with this group.

The fairy fluttered for a moment before giving up in disgust.

“No problem. Stay still, I’ll be right there.” The spider started picking his way to her.

“You won’t tell anyone, will you?”

“Not if you don’t want me to,” said the spider. He freed her wing from his sticky web with care.

She hung her head. “It’s so embarrassing.”

“Well, I don’t know about that. I’ve caught you three times this week, that’s less than last week by half! You’re doing well!”

Tangles sighed. “Thanks, Mr. Rupert, but we’re only half way through the week.”

Mr Rupert the spider looked around to see if anyone else was listening. “Between you and me, there isn’t a fairy alive that hasn’t been caught in a web at least once. We even get special training so we don’t eat you by mistake.”

The fairies stole the wagon from the farmyard under the darkness of a moonless night. Perhaps they intended to return it in the morning, but as soon as they left they forgot where they found it in the first place.

The fairies hitched it to a dragon they hired for the occasion and went careening through the night. They tore down roads, cobblestone, paved, and dirt. When they grew bored of that, they gave the dragon full rein and she pulled them through the sky, scraping the wagon’s axles on the treetops, brushing past mountaintops, and narrowly missing the moon.

The old wagon had never had so much fun in all its life, and though it broke beyond all hope of repair, it didn’t much mind. When the sun rose upon their frolic, the fairies and the dragon abandoned the wagon in the forest and left for home. There the wagon sits still, telling wild tales of the crazy night it flew. 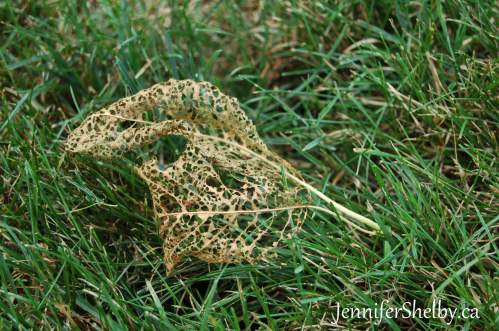 She fell from her branch and faded to gold from the forgotten bits of sunshine she’d eaten once upon a tree. Insects came and chewed at her flesh, styling her into a delicate filigree for the finest of fairies to wear to their moonlit balls and midnight masquerades. The day came when she was forgotten in the grass, and a little girl found her and pressed her in a book, little suspecting the wonders the tattered old leaf had seen.