Today’s post is a part of a monthly blog hop called the Insecure Writer’s Support Group (IWSG) where writers can share concerns and bolster each other. You can see the participating blogs here. This is my first IWSG post. Planet Pailly’s IWSG posts about his muse inspired me to sign up and join the conversation. 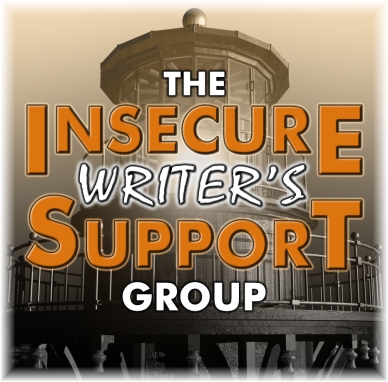 I’ve been wrestling with the concept of why some stories should be written rather than filmed. Why it is we often hear “the book is always better.” Its easy to say, ‘I prefer to read, it’s a different activity than watching, I get to use my imagination’ and dismiss the argument as irrelevant, but I think writers have a vested interested to understand what books can do that films cannot. We should take advantage of those aspects, shouldn’t we?

According to a 2015 article by Carol Test, the reason the written word is unique is because of the ‘interiority’ of the book or short story. When we’re reading, we are able to follow the story directly from the character’s, or narrator’s, mind. We open a book, put on their perspectives like a coat, and watch the world from their eyes.

But consider movies like 2011’s Limitless, where the character’s interiority anchors the story.  My partner watched Limitless over the weekend, bringing it to mind quickly, but a slew of others follow. Fight Club. Six Feet Under. Eternal Sunshine of the Spotless Mind. Most film makers chose not to use interiority as a device, but the fact remains that they can, and they do.

Words can be chosen to manipulate a reader into a certain frame of mind or expectation, but a movie score can do the same.

Where is the space where books remain unique?

I’m pulled back into those earliest of writing lessons, teachers rapping on and on about using all five of the senses. Movies, I realize, can only use two senses: sight and sound. Touch, taste, and smell are a void. Movies smell like popcorn, the touch of buttery fingers, and the acrid taste of buttersalt. They can show you the incense burning in a medieval church, but it takes the written word to fill your senses with musky, perfumed smoke thick enough to hide the smell of the congregation’s unwashed bodies. To remind you of how its half-forgotten scent clings to your woolen tunic and your hair as you walk home.

Can it be as simple as these three missing senses? I don’t know. My gut says there’s more, much more, and to keep hunting. Books hold space in our lives. There’s poetry and rhythm and so many things to consider, to experiment with.

That said, I’ll be extra conscious of writing touch, taste, and smell into my work this week. What do you think? What else can books do that films cannot?