Harold’s ears pointed upwards, sharp enough to skewer a falling leaf. His skin had grown sallow and green-hued from shunning the outdoors in daylight and too many hours in front of his computer. A hard, bloated belly bulged at the buttons of his vest and poked over his belt. A permanent slump had begun to form in the painful spot where the vertebrae of his neck met his shoulders but he paid it little mind.

It hurt his feelings when people pointed and laughed at his appearance. He read blog after blog of people suggesting he not let it bother him, but no one ever seemed to offer any advice as to how to make this happen. He began to feel nothing but contempt for these self-proclaimed experts, these gurus of the internet.

Harold spent his days in the cramped quarters of his cubicle, typing at a frantic pace to keep up with the four to five live chat conversations his employer expected him to follow all at once. Each conservation represented a disgruntled customer he didn’t have the authority to assist. One out of twenty would thank him in the end, while the rest would swear and curse his very life.

By the end of most days Harold hated people, every single one of them.

The only time Harold spoke aloud to a human being was when he ordered a tea from the local cafe after his shift. If the girl with the charming smile worked that day, he would remove himself from line and go into the bathroom to test out his voice, hacking out the hoarseness that came from his lonesome, silent life.

When he could squeak out his order without an adolescent’s cracking voice, he returned to the line. His heart beat too fast for ordering tea and his eyes hunted the coffee shop for the chance to meet hers. Some days he lived for the moment when she brought him his tea, as if there was no one else in the whole world but her, and him. 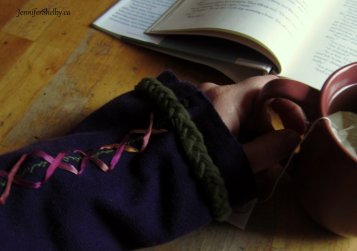 Until her eyes flicked over to the next customer and the spell fell to pieces.

The days she didn’t work grew dangerous for the innocent users of internet comments everywhere. His eyes grew sharper, his skin sallower, as he unleashed buckets of pent-up rage and bitterest hate on everything he saw. No one was safe, not the woman seeking advice for her toddler’s diaper rash – no, she was a terrible mother and he needed to rake her over the coals. Not the liberal commenter on the news site, nor the conservative one, how dare they have opinions! He would squash them into nothingness while cackling menacingly to the ceiling and finally, finally feeling alive and listened to and important and someone!

Harold is an internet troll.