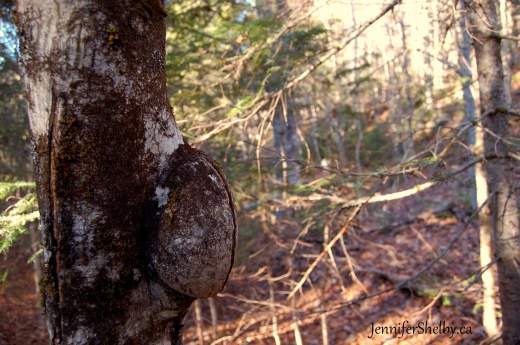 The tree appeared to be as pregnant as she. The woman reached out and traced the cracks of its bark with her finger. They felt like the cracks in her composure.

The tree listed a little in the wind. She touched her belly, then the tree’s, half-expecting to feel a kick and see a shadow of movement on the bark.

In a few months, she would have a baby in her arms. She wondered what the tree would have.